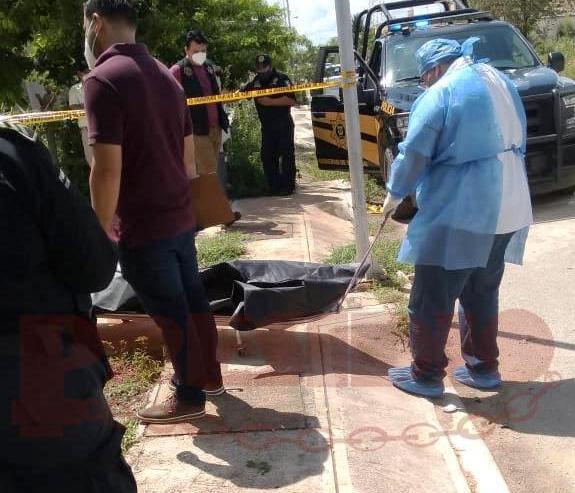 Oxkutzcab, Yucatan (September 28, 2021).- A septuagenarian took his life in Oxkutzcab and did the same with the 13 dogs that he cared for because he “did not want them to suffer” in distress when he was gone.

The elderly man was diagnosed with terminal cancer and decided to take his own life this Monday, September 27th, along with his dogs, whom he did not want to leave homeless.

Mr. Mauricio Escobedo Burgos, 76 years old, originally from the southern Yucatan municipality of Oxkutzcab, poisoned himself and poisoned his 13 dogs in a property located on Calle 40-A, between 51 and 53, in the San Antonio neighborhood.

According to the data obtained, he was single and lived with a younger brother in a house on 42nd Street between 55 and 55-A.

He was well known in the cantinas of Oxkutzcab, where he used to play goblet. Already ill, his friends visited and supported him.

He always told his acquaintances that his main concern was his dogs because he loved those animals very much. “I live for them,” he said once.

On one occasion he hinted that he would kill his dogs and then commit suicide, which he complied with on Monday afternoon.

That same day, his acquaintances saw him in the market with a shopping bag in which, he said, he was carrying the last meal he would have with his dogs.

He then informed his brother that he would go to the house they have in the San Antonio neighborhood. There, he poisoned his dogs, and then he took a portion of the same poison.

The 76-year-old man was nicknamed in Oxkutzcab as “The king of the cup” and “Licenciado Trampitas“. He used to be an agent of the Public Ministry back in the 90s.

The man was found lifeless, arms crossed and lying in his hammock. All 13 of his dogs were around him, some agonizing, some already dead.

When the Municipal Police arrived, eight dogs had already died and the rest were dying.

In a posthumous letter, he apologized to his brother with whom he lived for what he did and stressed that no one must be blamed for his death.

His last wish was to bury his dogs on the land where he lived.

Personnel from the State Attorney General’s Office and the Forensic Medical Service carried out the legal proceedings and transferred the body for the rigorous autopsy.