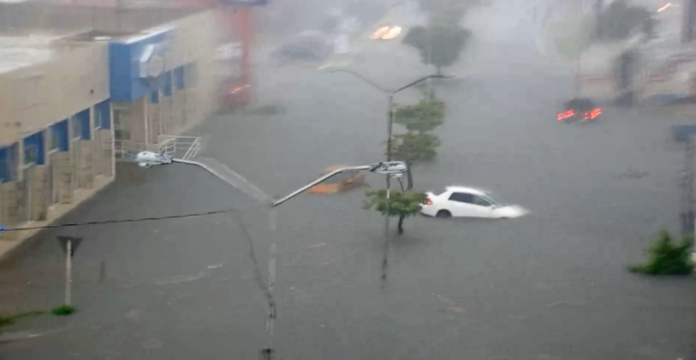 The heavy rains on the Yucatan peninsula caused flooding and waterlogging in the city of Mérida, according to users reported on social networks and warned by local authorities.

The photographs and videos uploaded to social networks by users show that some of the avenues and main areas of the Yucatecan capital are completely flooded.

In addition, the state Public Security Secretariat published a video where the region around the Plaza las Américas is observed:

Hours before, the Conagua and the National Meteorological Service ( SMN ) reported that the rains in the Yucatan peninsula were going to be “from strong to very strong”, with winds of up to 60 kilometers per hour, for which they asked to take extreme precautions.

The city authorities indicated that they have already mounted an operation to deal with the effects of the floods, which registered a greater height in the western area of Mérida.