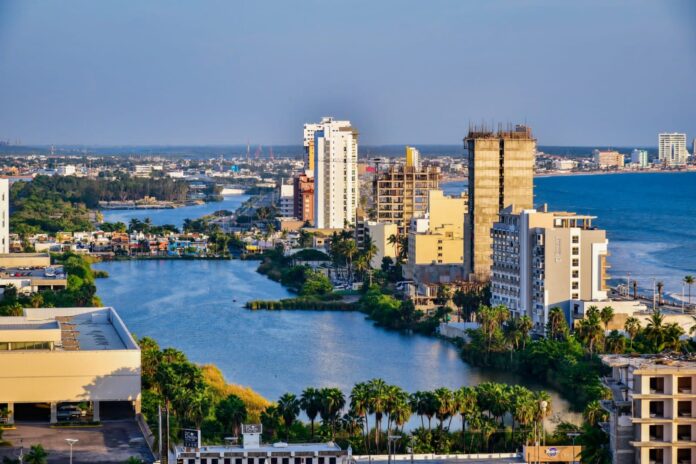 The housing market in Mexico was one of the sectors that showed the most resilience against Covid-19, according to Mudafy.

It should be noted that before the health emergency, growth forecasts in early 2020 for this industry were around 4%.

However, the expectations that were had for the sector suffered a delay derived from the pandemic.

During this period of uncertainty, according to the real estate platform, many people wondered “what will happen to the value of the property?”

Lucio Díaz, COO and co-founder of Mudafy, explained that due to many factors such as the slowdown of non-essential activities and the repercussions that this had on-demand, a well-founded fear was developed that property prices could rise.

“Which in the end was reflected in a strong contraction in the sale of new and used units during the initial period of confinement .”

He also added in a statement that this scenario was not fulfilled, “what we observed was a moderation in the rate of growth of prices.”

According to data from the Federal Mortgage Society (SHF), regarding the housing price index in Mexico, an upward variation of around 7.1% is shown in the cost of properties acquired with a mortgage loan.

According to Mudafy, this trend is due to a strong combination of four factors:

The demand for housing in Mexico: Most of the acquisitions in real estate are made of a residential type.

At the end of 2020, the sector experienced a considerable recovery, “since the purchase of real estate did not stop as this is a staple product”.

From what they indicated, the increase in sales offset the losses it suffered during its first six months.

Current economic development: Macroeconomic factors such as GDP growth at levels around 19.7% as of the second quarter of 2021.

As well as Banxico’s decision to reduce the TIIE by 25 points (thus positioning mortgage credit rates at historically low levels).

In addition to the expectations of maintaining attractive interest rates for the sector, it has been fostered by the growth in the demand for goods and the maintenance of prices in the coming months.

Rebound in interest in social and middle-income housing: Properties with prices not exceeding 3 million pesos, according to the platform, have experienced an increase in demand.

Placement of mortgage loans: “The expectations of maintaining attractive interest rates for the sector, together with the application of favorable monetary policies, will encourage the approval of this type of loan.”

So Mudafy commented that these elements are manifestations of a “real demand” in the market, which prevented a collapse in housing prices nationwide.

Panorama of housing in Mexico

Mudafy considered that only the speed of the growth rate that was registered prior to the pandemic was affected and that they see a perspective of gradual recovery, as demand recovers greater strength.

“We do not rule out that in the final months of the year we will see growth levels in the value of properties in middle and residential housing that are very similar to the rate observed prior to the pandemic,” said Edgar Erives, Country Manager of Mudafy in Mexico .

CDMX, Mérida, and Mazatlán will be offered as a tourist circuit to Europeans