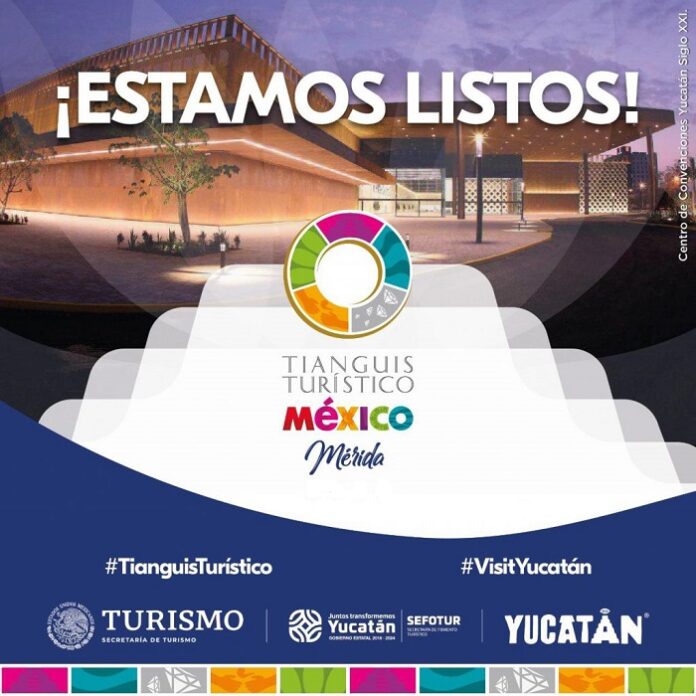 Merida, Yucatan (November 8, 2021).- The state government announced that, 10 days before the Tianguis Turistico, 1,390 buyers from 900 international companies out of 41 different countries have confirmed their arrival at the most important event to promote the country.

The state authorities are detailing the preparations of the Siglo XXI Convention Center for this event that will begin on Tuesday, November 16th, and will conclude three days later, where the presence and representation of the 32 states are expected, the confirmation of 18 governors, municipal presidents, legislators and officials of the tourism sector.

The government of Yucatan quantifies the attendance of some 928 national companies, the record of 3 thousand 825 people where 52 thousand 770 pre-established business appointments have been agreed as part of the Tianguis Turistico 45th edition, postponed not once but twice, due to the pandemic.

Just 10 days away from the start of the event and 5 days before the Pre-tianguis that includes visits from travel agencies, tour operators, media and special visitors, the Siglo XXI Convention Center verifies the latest details of security, capacity, and presentation spaces, where the participating companies are expected to be distributed.

On this day, elements of the city’s Fire Department certified the fire spaces and mechanisms, after the   exhibition building remained as a Covid hospital for a year. In the same way, prior to the tourist event, different points of cultural and tourist interest are being attended to to receive foreign and national visitors.

In his case, the Patronato Cultur, led by Mauricio Díaz Montalvo, head of the Convention Center, reported that spaces in the archaeological zones in the Chichen Itzá and Uxmal inns have been attended, where visits will be made with tourist agents and the media.