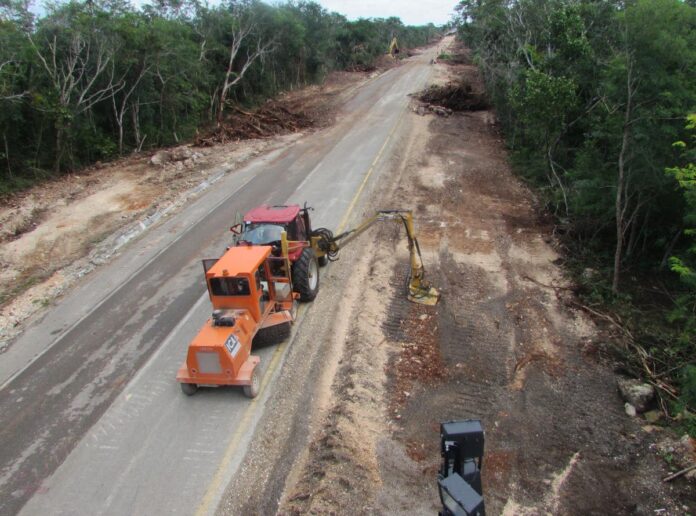 VALLADOLID.— Several workers of the Mayan Train project in the municipality resign from their work, because they are practically enslaved.

The workers affirm that they are forced to work from Monday to Sunday, from 6 in the morning to 6 in the afternoon, if they want to go on vacation from Thursday, December 23 to Monday, January 3, and spend the holidays with their families.

And yet it is a privilege that not everyone will enjoy.

According to the testimonies of several former employees, those who have six months or more will have “the right” to vacation from January 23 to 3, but to enjoy this benefit they are forced to work 12 continuous hours -of 6 hours. tomorrow at 6 pm—, Monday through Sunday.

The Mayan Train project in Valladolid has a significant delay and the federal authorities that monitor the works are pressing for the works not to stop, on the contrary, work with more pressure.

The companies subcontracted in the project have already designed a strategy to perform at work, so everyone who is more than six months old will have to work 12 hours a day if they want to go on vacation this Christmas.

Get tired and go

This situation is causing many of the workers to get tired and decide to resign, especially those who come from other states of the Republic and must travel several hours to get to their places of origin.

Similarly, sources state that a good percentage of their salary is allocated for their food during the time they are working. A day they spend more than $ 100 just on two “meals”, which they buy from street vendors who come to the sections under construction from various nearby towns that come to offer their services.

They have been told that anyone who does not want to “can go where they came from”, because “there are many people willing to work” in the Mayan Train project in Valladolid.

They even commented that new people arrive every day and they will be the ones who will replace them in their positions, since they will not have a break during the holidays, perhaps only on December 25 and January 1 “because work does not it can be stopped for any reason ”.