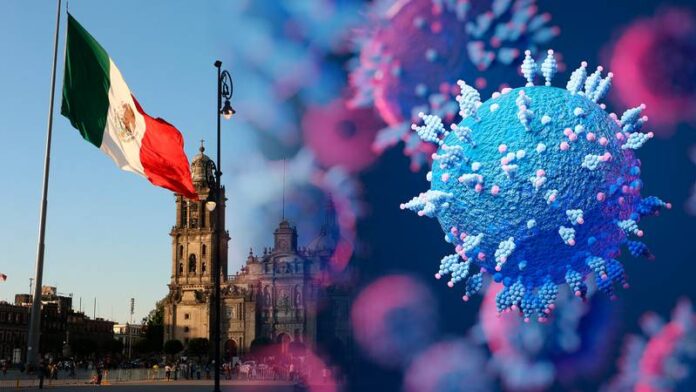 The Network of Genetic Sequencing Laboratories reported 252 cases, which implies an increase of 500% from December 25 to December 29.

The number of the omicron variant of concern in Mexico rose 500 percent in four days, from 42 to a total of 252 positives, which already cover 14 entities in the country, according to the GISAID platform (Global Initiative on Sharing All Influenza Data).

The  Network of Genetic Sequencing Laboratories reported 252 cases, which implies an increase of 500 percent from December 25 to December 29, as well as from four to 14 entities.

This is a case located in Baja California, Chiapas, Guerrero, Hidalgo, Oaxaca and Veracruz; two in Sinaloa; four in Puebla; five in Tamaulipas; 12 in Tabasco and 13 in Yucatán.

Similarly 18 in Quintana Roo; 35 in the State of Mexico and 159 in Mexico City, which shows community transmission.

Positivity in medical units is 50 percent among patients with complete vaccination schedules. There are no cases of deaths.

According to International Living, these are the best places to live in Mexico as an American

Omicron: Tell me which covid vaccine you applied we’ll tell you its effectiveness against the new variant