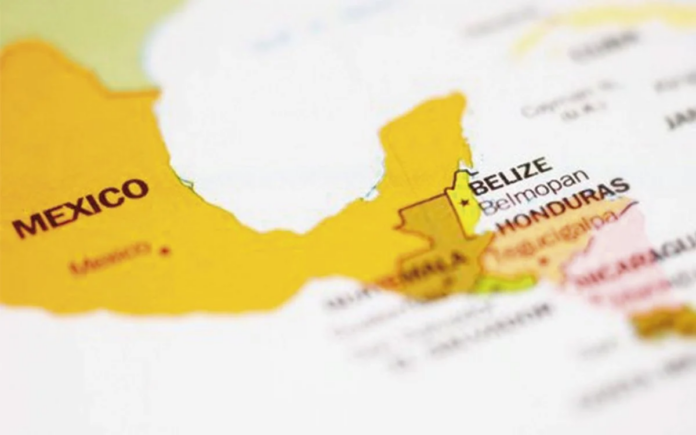 The history of Mexico still hides many secrets, one of them is that Belize was part of our territory. However, at the end of the 19th century, England wanted to keep Yucatán. Due to this, Porfirio Díaz ceded Belize to the English as long as they moved away from the Yucatecan lands.

Belize or Belize (name of the Central American country in English) was a territory neglected by the Spanish viceroyalty during the colonial era. This was because, according to the colonizers, there was no gold or silver, the natives were very fierce, and the rainforest was almost impenetrable. Therefore, English pirates and corsairs took over the region, a fact that caused numerous bloody confrontations for the jurisdiction of Belize between the Spanish and English Crown and later between the latter and Mexico.

The beginning of the conflict

After the arrival of the Europeans to the American continent, the conquerors divided the territory. Spain had such a vast portion that it could not control it. In addition, Spanish settlers concentrated in the areas with the greatest mineral wealth, therefore, discovering that Belize represented a challenge and that minerals were not abundant, they completely neglected it.

Due to this, during the first half of the seventeenth century, the first English ships began to arrive in the region, the ” baymen “, pirates of the bay. The baymen found something more valuable in the area than gold, the palo de tinte or palo de Campeche. This was a one-of-a-kind arboreal species that was used for dyeing. Needless to say, it was a very precious product in Europe and also in Asia.

Decades passed, and pirates, corsairs, and filibusters continued to populate the region. The dyewood and mahogany business later grew exponentially. Black slaves were brought mainly from the Island of Jamaica to be able to exploit these forests of “ground gold”.

Pirates of the 18th century

The prosperity that aroused envy

Prosperity did not go unnoticed by the Crown of Spain. In fact, armed conflicts and massacres of entire populations took place for control of this “gold mine”. In an attempt to stop this terrible and bloody conflict, the Treaty of Madrid was signed in 1670. It was a non-aggression pact between Great Britain and Spain. In this, the Spanish Crown does not specifically specify the domains located in the West Indies that belonged to them.

However, the treaty did not work as the violent clashes continued. Spain decided to grant a permit to occupy the area to British settlers on the condition that acts of piracy cease. In 1783 some areas of Belize, the Mosquito Coast in Honduras, Nicaragua, and even Campeche, were ceded by Great Britain to the Spanish Crown in the well-known Treaty of Paris. Later, the treaty was unknown to the English who tried to recover the territory. Then the Great Battle of Cayo San Jorge took place in 1798. In this, the baymen and the slaves repelled the Spanish fleet.

And the conflicts continue

The Independence of Mexico had already ended. Sometime later, the 1821 Córdoba Treaties were signed. In these treaties, Mexico annexed all the provinces that belonged to New Spain. Of course, the Old Kingdom of Guatemala was included. However, on July 1, 1823, in Guatemala, Congress declared that the provinces of Guatemala (including Belize), Nicaragua, El Salvador, and Costa Rica would be independent from Spain, Mexico, and any other nation. Then, the United Provinces of Central America were born on July 2, although Costa Rica was annexed until 1824. It should be noted that this independence was not recognized by the Mexican or English governments.

Due to this, in 1836, Great Britain saw its territorial dominions threatened and claims, once again, the administration of the territory of Belize. The United Provinces of Central America refused, while in fact, the indiscriminate looting in the region continued. In 1862 the United Kingdom ignored Belize as part of Mexico. So England decided to unilaterally and formally declare Belize a British Crown colony. As a consequence, Belize became together with the Bay Islands, Honduras, and Nicaragua: British Honduras. Despite all the declarations, the conflict over the occupation of Belize was resolved until the ruler Porfirio Díaz ceded the territory.

Let’s put ourselves in context, Mexico had just lost Texas and in 1847 the Caste War had broken out in Yucatán that lasted until 1901. This war was supported by the British Crown in order to stay with that state. For this reason, the then-president Porfirio Díaz decided to surrender Belize to England in 1893 with the Spencer Treaty. In this treaty, Mexico ceded its sovereign rights over Belize, which gave rise to the Boundary Treaty.

The Boundary Treaty was signed on July 8, 1893, together with the United Kingdom of Great Britain and Ireland. In this, the limits of our country and the then Colony called British Honduras were established. It is worth mentioning that the reason for this treaty had to do without a doubt with a negotiation between both governments so that Great Britain would stop supplying arms across its borders to the rebellious side, that is, to the Mayans, during the armed conflict of the War of Castes in Yucatan.

This is how Mexico lost Belize. Porfirio Díaz, the president who handed over Belize to England.