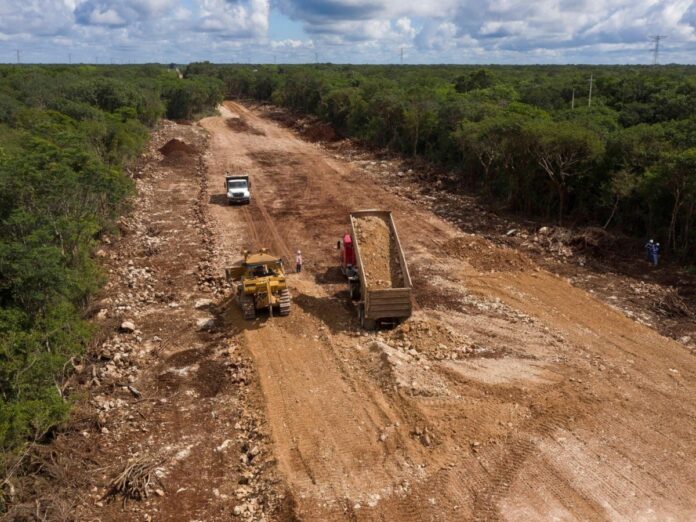 The new route of the Mayan Train to the west of Playa del Carmen will have an irreversible impact on the system of caves and underground rivers that is classified as the largest in the world.

Quintana Roo. The new route of the Mayan Train to the west of Playa del Carmen will have an irreversible impact on the system of caves and underground rivers that is classified as the largest in the world.

This was anticipated by Roberto Rojo, a member of the Mayab Speleological Circle, who said that in the area where topographic studies are currently being carried out and where land acquisitions by the federal government are announced, in addition to being mostly a jungle area, there are also It is located on one of the largest flooded caves in the world called Dos Ojos or Sac Actun.

“It is a jewel that at some point we hope will be protected by UNESCO, but there are many more because right in that area, west of Playa del Carmen, there is a geological fracture called the Holbox Fault,” he said.

This fracture is a natural collector of rainwater that not only feeds, but also allowed the creation of this immense network of underground rivers that drain their waters into the Caribbean Sea.

The expert assured that the piloting of a freight train that will run from north to south, over this network of rivers and cenotes, whose waters flow from west to east, will inevitably affect or even could cause the collapse of the sewage collection system. this zone.

“It is going to thunder, I tell you literally, because yes or yes they are going to have to drive the train every 10 or 20 meters,” he assured.

If the route of the train to the center of the highway, parallel to the coast, posed a risk precisely because of the cavernous characteristics of the subsoil, moving it inland makes the situation more complicated because just to the west there are more and more ramifications of this underground system of rivers, he added.

Added to this is that the new line also means impacting one of the last best-preserved jungle areas in the country, “because it not only implies making a road and that’s it, machines are going to enter and, above all, ecosystems are going to be fragmented, impacting lots of wildlife species that need full, healthy expanses of vegetation.”

Derived from these approaches that are supported by environmental organizations, the petition “No to the Mayan Train over the cenotes and caves of Quintana Roo” was uploaded to the change.org platform, which adds 45,000 signatures of support.

Mexico’s federal transparency agency requires that the Mayan Train project lay out a plan for how it will undo the environmental harm it has created.

The news comes after several environmental groups requested to review such a plan, forcing Fonatur and Mayan Train officials to admit that nothing like that exists.

In recent weeks, posts on Youtube, Reddit, and other social media have included images and videos of vast sways of rainforest devastated by the project.

“It does not matter if a project is run by the federal government or a private company, environmental impact plans are required by law, but the rules have quite simply not been followed,” said Transparency Commissioner Normal Julieta Río Venegas.

There has been no discussion regarding fines or project cancellations despite the lack of proper procedure on the part of the federal government.

The environmental viability of the Tren Maya has been called into question before.

In fact, since 2021 multiple injunctions against any further construction of the Mayan Train have been handed down by courts in several states, mostly on environmental grounds.

Much of the opposition to the Mayan Train comes from indigenous groups, an embarrassment for a president who has positioned himself as an ally of the Maya of southeastern Mexico.

“The words of President AMLO are a trick used to hide the war which he is waging against indigenous peoples and the life of mother earth itself,” said a joint press communique issued by El Concejo Indígena Mexicano and El Congreso Nacional Indígena.

In response, Mexico’s Interior Department issued a broad decree requiring all federal agencies to give automatic approval for any public works project — including the Tren Maya — that the government deems in the national interest.

Leonardo Núñez, a researcher at the nonprofit Mexicans Against Corruption, called the decree “extremely dangerous.”

A growing number of observers is beginning to express concerns that the project will never be completed, and was never feasible to begin with. More than halfway through AMLO’s tenure, the Mayan Train is roughly 15% complete, according to official sources.

In a tourist circuit, the 900-mile Mayan Train would connect Chiapas, Tabasco, Campeche, Yucatán, and Quintana Roo. It was designed to ostensibly “spread the wealth” that tourists lavish on Cancún, Tulum, and other coastal cities.