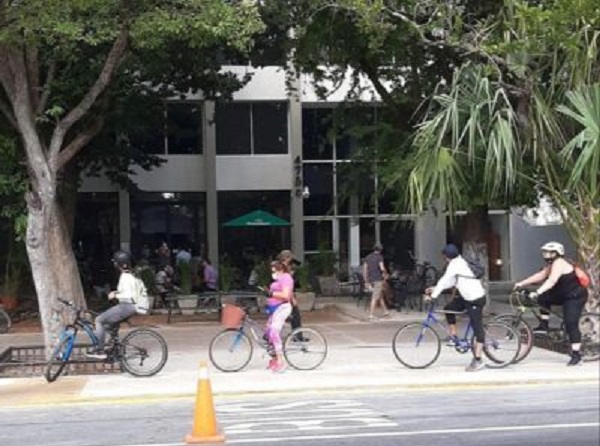 According to a statement made on social networks, the Spanish owner of the furniture store would be responsible for the conflict at the Harlow restaurant on Paseo de Montejo.

As posted yesterday on The Yucatan Post, much has been said about the subject because according to the versions that went viral on Facebook and other platforms, the conflict in which a minor was allegedly attacked in Paseo de Montejo was not as it was initially disclosed.

The discussion was motivated by the placement of tables in front of the building in which both tenants rent spaces for their respective businesses, since the mother of the Young Renata, Mrs. Carolina Sánchez, has constantly asked Simmons to remove the tables that are obstructing the entrance to her business.

On the day of the events, around 4:00 p.m., Ms. Dawn approached Renata, who is not a minor (as it was previously said), to ask for an explanation as to why her mother had complained again about the tables. The young Spanish woman said that her mother was not there and she was not coming back.

According to the statement, Simmons turned to walk away from her, and Renata pushed her from behind as to get her out of the furniture store (a version which has not been confirmed), and what happened next was all recorded on audio on Renata’s phone.

It should be noted that a person outside the conflict, Isabel Amato, has spread her version on social networks that speak that Renata was left with a broken nose, but according to the statement on Facebook, there is no evidence in a photo and much less on video.

But despite what Simmons says, the audio exists and the death threats were clearly recorded.

It seems that everything started last January when Mrs. Carolina Sánchez and Renata sold poor-quality chairs to the aforementioned restaurant, for which a refund was requested. From that moment the claims and complaints against the Spanish women were constant.

Harlow Restaurant opened 5 months ago on beautiful Paseo de Montejo and is officially owned by Stephanie Simmons (Dawn’s daughter), who is a permanent resident of Merida, in conjunction with Mexican partners.

In the end, it is a neighborhood lawsuit since one has his business next to the other, but social networks are a no man’s land and a fertile ground for misinformation.