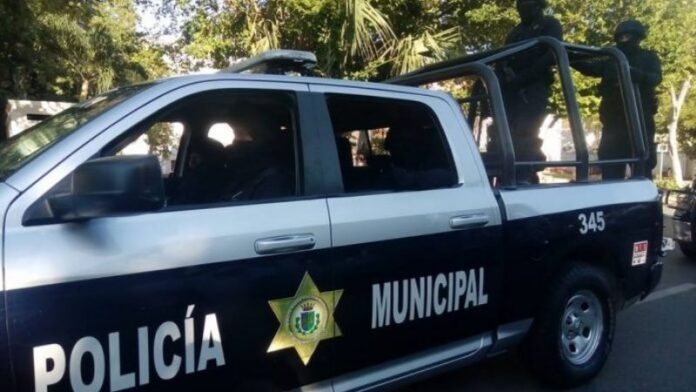 The woman clarified that she did not suffer any injuries, but it was a big scare, and she asked the authorities to pay more attention to these places.

MÉRIDA.— In broad daylight, a woman suffered an armed robbery in a busy shopping plaza in northern Mérida.

“I got into my truck and I heard the glass on the right side (passenger) being hit hard, but since I couldn’t get it down because it has child insurance, I asked the person to turn around to the driver’s side.”

Modus Operandi of the assault

The affected person explains that the person with whom she spoke was a short woman, with blonde hair, well dressed, and with jewelry, among which a gold watch with an image of a cartoon stood out.

The criminal would have explained to her victim that she was accompanied by an adult and some minors. One of these, her son, was sick and needed to be urgently taken to a hospital because he feared it was a serious sequel to Covid-19.

“She told me that she was very sorry, but that she had to ask me for money because her husband had not deposited it. I asked her where she was from and she told me ‘from Carmen’, I asked her ‘from Ciudad del Carmen?’ and she told me no, from a ‘little town near here’, but I didn’t take it too seriously”.

After the brief talk, the woman decided to give this person money, but when she turned her body to her right to reach her bag, she felt something sharp in her ribs and then the woman told her in a loud voice that she wanted a thousand pesos.

“I told her I didn’t have any, but he told me again that she wanted a thousand pesos, she told me to look straight ahead,” she says.

The victim explains that 10 meters away was a man who, without taking his eyes off him, touched his eyes with the index and middle fingers of his right hand and then touched his waist as if to indicate that he had a weapon.

The victim handed over the money and the criminals walked between the cars, where the woman lost sight of them.

“I left the square and went along García Lavín avenue, I took the Cámara de Comercio avenue and I didn’t find any police,” says the assaulted woman. When she arrived at the roundabout “Royal Montecristo” she found unit 6030 of the SSP and explained to an officer what had happened to her, he notified the “surveillance” and recommended that the woman goes to the State Attorney General’s Office to file a complaint. a complaint.

The lady clarified that she did not suffer any injuries, but it was a great scare. She asked the authorities to pay more attention to these places and commercial areas where the crime begins to do its thing.

“I make a call so that we do not trust people,” says the affected, who assured that today, Saturday, she would go to the Prosecutor’s Office to file the complaint.